The safety and security of ships, cargo and personnel is critically important to the timely flow of goods and commerce worldwide. Com-mon security threats facing our fleet are piracy, land mines and petty thieves. Hafnia’s vessels are equipped with a security alert button on board that can be quickly pressed in the event of a security situation, automatically notifying our entire security team and flag state representatives via phone and email. Our security team then starts coordinating with the Captain to solve the problem.

There are certain high-risk areas in which our vessels transit where the threats are elevated. These include the Gulf of Guinea, the Persian Gulf, and the Gulf of Aden. Our vessels implement extra security measures when entering and sailing through these areas. Below we present a brief overview of what we do to keep our seafarers and ships safe in high-risk areas. 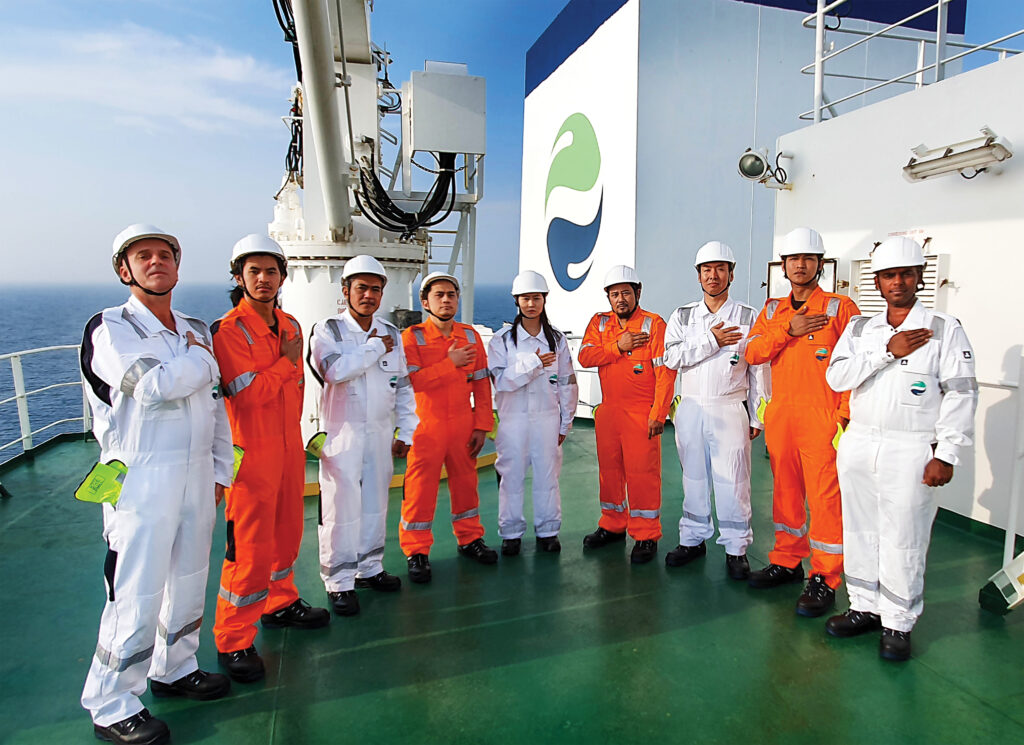 The BW Rhine (Singapore-flagged LR1 Product tanker built-in 2008) was hit by a remote controlled skiff carrying explosives whilst discharging at Jeddah, Saudi Arabia at approximately 00:40 local time on 14 December 2020, causing an explosion and subsequent fire onboard. The Master immediately ceased all discharge operations and enacted emergency procedures onboard. The crew extinguished the fire with assistance from the shore fire brigade and tug boats, and all 22 seafarers were accounted for with no injuries.

This is an example of a situation that we could not prevent. But we can control how we respond if something like this happens, and that’s precisely why the crew was able to handle the situation – they had been trained to react to situations exactly like this. The Master devised a plan focused on protecting the accommodation block from catching on fire. If it had ignited, there would have been multiple sources of ignition (instead of just an oil fire, there would have been an electrical fire and the likely ignition of combustible material) which would have quickly spun out of control.

Hafnia is immensely grateful for the extraordinarily heroic efforts of the crew and emergency response team during the attack in Jeddah. Their dedication, courage and determination during the entire incident will be an integral part of the Hafnia story.